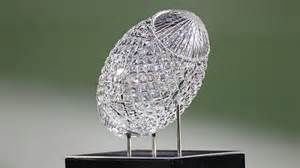 My two cents on a College Football Playoff…worth every penny!

Fortunately, my concerns go a bit deeper than word meanings.  It has to do with the fundamental nature of college football versus basketball.  Say what you will about the storied Duke-North Carolina rivalry in basketball, but their regular-season and conference tournament games are essentially for bragging rights only.   Both are going to make the NCAA tournament field each year.  The only question is will they be a one-two-or-three seed.  The regular-season games are VERY fun, of course, but they are minor elements as far as the season at-large is concerned.

Because of this the ACC will NEVER be able to duplicate the excitement the conference tournament generated when only the winner advanced.   The much-ballyhooed 1974 title game between N.C. State and Maryland is remembered in large part because the loser was stuck in the NIT.  Now THAT’S pressure.

Whether you realize it or not, that “winner-takes-all” scenario is what makes college football so attractive.   It’s why fans like me lose sleep over regular-season games that determine if you have a shot at the Crystal Football Trophy or the Music City Bowl Trophy.   A champions-only playoff maintains that pressure while giving us an undisputed National Champion.

Think of this scenario.   #1 Alabama and  #2 Georgia square off for the SEC Championship.   If at-large teams are allowed into the Playoff, the SEC Championship simply becomes a battle for seeding…much like every one of the major-conference basketball tournaments.   Bama beats Georgia 28-21.  Bama goes into the playoff as a 1-seed…Georgia as a three-seed.  Whoop-De-Doo.

Now imagine this scenario.  Michigan playing Ohio State in November—each sporting perfect records.  In addition to all of the usual motivation to win this rivalry game, tack on the extra pressure of knowing that a loss also means you have no hope of winning a national championship!  Much like Maryland in that 1974 ACC Basketball Tournament final, you know an otherwise dream season is over.  That’s pressure!  That’s intensity!  That translates into players giving their all.  That translates into fans going bonkers.  That translates into TV talking heads screaming.  That translates into coaches reaching for Valium.  It also quite often means producing a game that we will be talking about until the day we die.

And some years it might be the Auburn-Alabama game that serves as a de facto elimination game.  Or UCLA-USC.  Or Harvard-Yale.  Well, maybe not.

As it currently stands, there was a *little* something missing from this past weekend’s Iron Bowl.  The added of pressure of Alabama knowing that if they lost, there would be no national title.  Given the way the current playoff is structured, there is an excellent chance Bama will be an at-large team.  If they knew that a loss Saturday would eliminate them, would that have made them play any better?  Impossible to say.  But it sure as hell would have been more exciting from a fan standpoint.

I know the devil is in the details.  Will it be a four-team playoff or eight teams?   If it’s conference champions only, then which conferences?   What about the existing bowl games…what role do they play?   Good questions, one and all.

But any playoff that allows at-large teams to play for the ultimate title is a pale simulacrum of the old system, and subjects us to endless hours of arguing which at-large teams get hosed.   No thanks…the basketball tournament has that market cornered.

Like Loading...
By chuckscommonsense in Uncategorized on November 27, 2017.
← No Pay for Play in College Steinle verdict not “justice,” but “just.” →